Close
Home / Special Offer Until End of February, 2018 ONLY

Special Offer Until End of February, 2018 ONLY 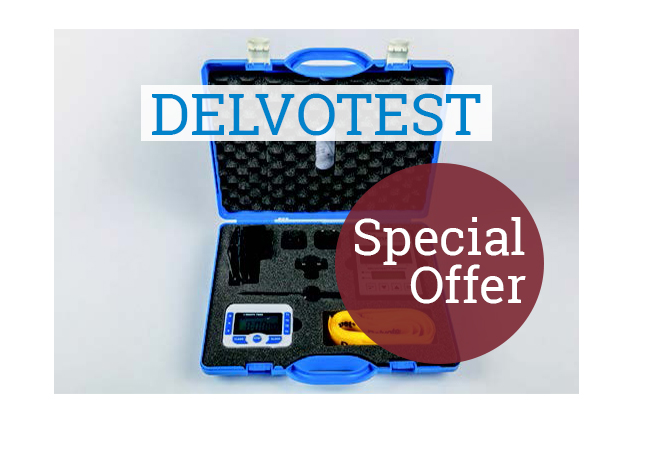 Avail of our Delvotest special offer until the end of February ONLY – one box of twenty-five tests free with every starter kit. Email: sales@carbon.ie / Tel: 021 437 8988.

Delvotest® SP NT enables farmers to quickly and cost-effectively test that the milk from a tank or a cow does not contain antibiotic residues. Farmers do not require any special special training to complete testing.

In fact, Delvotest is considered the ‘gold standard’ for antibiotic residue testing in the global dairy industry.

Remember, testing is now a necessity for Irish farms that are increasing in terms of size and productivity.

The size of farming operations increases year on year, with annual milk production now averaging over 250,000 litres. This is thanks not only to a growing number of cows, but also new farming practices.

If testing regimes do not keep pace with this growth, there is an increased risk of residues in milk. Using controls like Delvotest® SP NT enables farmers to adapt to these developments by checking individual batches of milk or the whole tank whenever necessary.

Delvotest® SP NT is a set of equipment that enables farmers, even without special training, to check quickly and cost-effectively that the milk from a tank or a cow does not contain antibiotic residues. It is the most-consistent, accurate and cost-efficient test for individual cows.

>> IS DELVOTEST® SP NT RELEVANT FOR ALL TYPES OF FARMING?

Delvotest® SP NT is the most widely used test for antibiotic residues through out the world. In some countries, including Germany and Belgium, more than 50% of farmers use Delvotest® SP NT. Using this equipment is a new way of safeguarding deliveries – worldwide, several thousand farmers are fined every year for non-compliance with antibiotic regulations. In some cases, the collection tanker is contaminated, which means considerable losses for the industry. Although conventional measures are vital, they cannot be relied upon to avoid all problems. By using Delvotest® SP NT regularly as a supplementary precaution, farmers can reduce risk and take control of their own production.

SPECIAL OFFER FOR A LIMITED TIME ONLY!!

1 box of 25 tests free with every starter kit bought before the end of February, 2018.

LEARN ABOUT THE DELVOTEST PROCEDURE HERE.

You can find out more about which cookies we are using or switch them off in settings.

This website uses cookies so that we can provide you with the best user experience possible. Cookie information is stored in your browser and performs functions such as recognising you when you return to our website and helping our team to understand which sections of the website you find most interesting and useful.

Strictly Necessary Cookies should be enabled at all times so that we can save your preferences for cookie settings.

This website uses Google Analytics and Google Tag Manager to collect anonymous information such as the number of visitors to the site and the most popular pages.

Please enable Strictly Necessary Cookies first so that we can save your preferences!